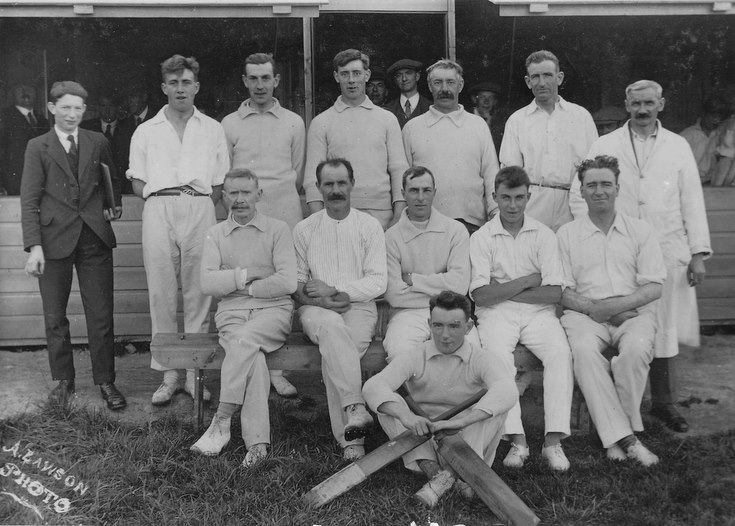 Photographed by A Lawson. William Murray standing fourth from right on back row. Next to him, third from right, is his son Bill, and next to Bill, William's other son, Ian. Seated second from right at front is William's brother, Robert.
Picture added on 15 March 2010 at 16:22
This picture is in the following groups
Sport
Comments:
In the doorway Jimmy Cowe, James (Barber Milne) (my grandfather), back row far right Stewart the baker, front Jock Reid the taylor, Tabiner, Cairter McCombie, cross bats Sidney Milne(my uncle), third from left back row was a Banker,others I don't know
Added by Jim McCombie on 23 April 2010