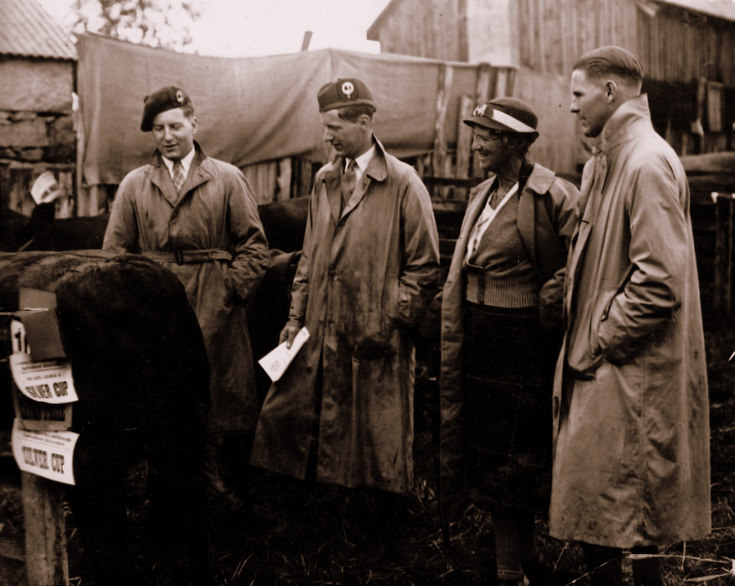 Lady Rachel Workman MacRobert tragically lost her three sons during the course of World War II, all of whom were killed whilst serving with the RAF. The eldest son Alasdair died in a flying accident in 1938, whilst Roderic and Iain were both killed in action during 1941. Lady MacRobert donated £25,000 to pay for an aircraft to commemorate her sons. The Short Stirling bomber, serial N6086, operated by No. 15 Squadron, became known as "MacRobert's Reply".
Picture added on 16 March 2010 at 21:29
This picture is in the following groups
Photographs by Alex Morrison of Lumphanan
External Links
The MacRobert Trust

Photographs by Alex Morrison of Lumphanan