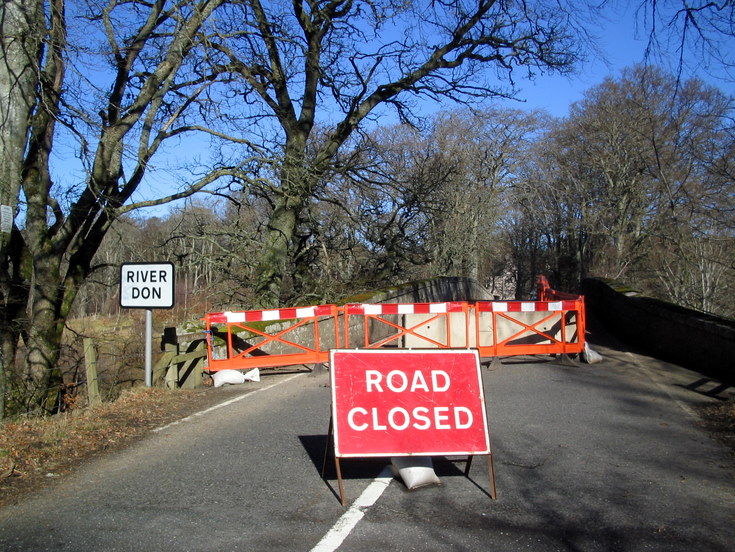 Keig Bridge has been closed now for a few weeks following the discovery of damage to the structure. It is perhaps a testament to Telford's design and the skill of local masons that it has withstood, not only the rigours of 193 Scottish Winters, but also the pummelling from numerous heavy goods vehicles in more recent times. I recently spoke to a neighbour, who had worked for Aberdeenshire Council as a roadman prior to his retirement, and he spoke in glowing terms of how it was said that, as a test of it's strength, Telford had arranged for two steam engines to move onto the bridge at the same time, whilst he had stood in the middle. It is said that Telford had spoken of his wish to go down with the bridge had it failed its test! How many of us knew before the recent closure that at 101 feet it is the largest single span arch bridge in Scotland?
Picture added on 17 March 2010 at 14:44
External Links
Keig