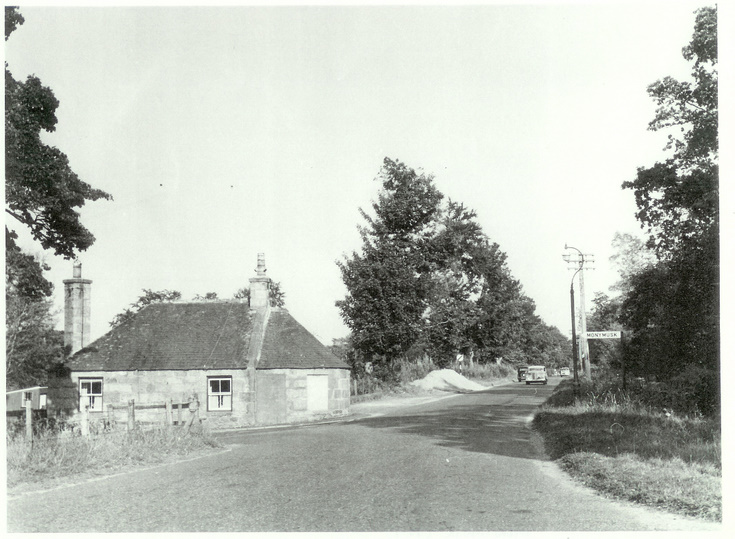 There is a milestone near the south gate of House of Monymusk (just a few hundred metres from the toll house) incised with a reference to a regiment quartered at Monymusk House after Culloden, who had the task of improving the road to Kemnay (1754), so presumably the toll house dates to sometime around that period or shortly after?
Picture added on 17 August 2008