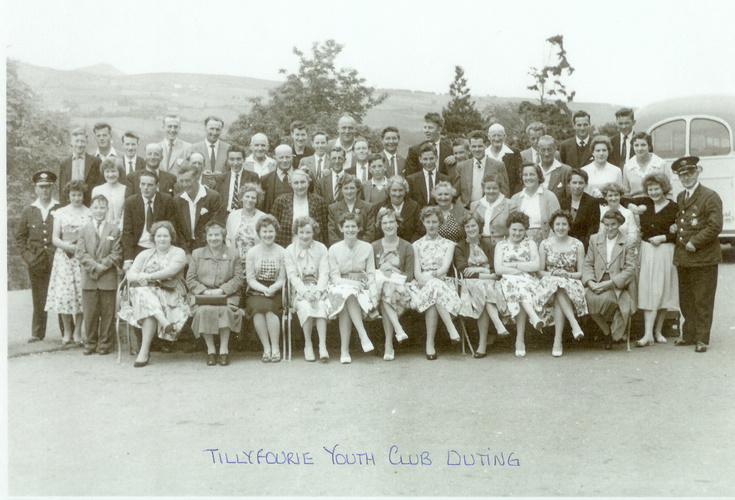 Didn't we have a lovely day the day we went to....somewhere with either Tap O'Noth or Mither Tap visible at top left.

Forbes Watt writes: "My family lived in Alford from 1947 until 1960 when my dad, George 'Dod' Watt, was transferred there from Aberdeen after the war as a bus driver with Alexanders. He's actually in one of your photos 'Tillyfourie Youth Club' which was taken in 1960. He's the driver on the right of the picture and was obviously enjoying the day, as he always did on those sort of outings."