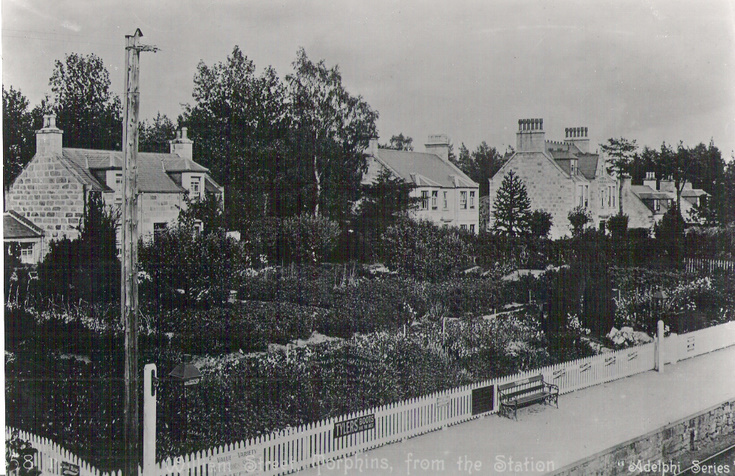 William Street, Torphins from the Station. Alma House is the three storey building on the right with twelve chimney pots!(three floors, each with four rooms and built in the 1890s). Its garden incorporated the old railway track, the east end of the railway platform, and a siding used to park Queen Victoria's railway train overnight so as to allow a more suitable time for an official reception at Ballater Station as she made her way to Balmoral.
Picture added on 05 September 2008