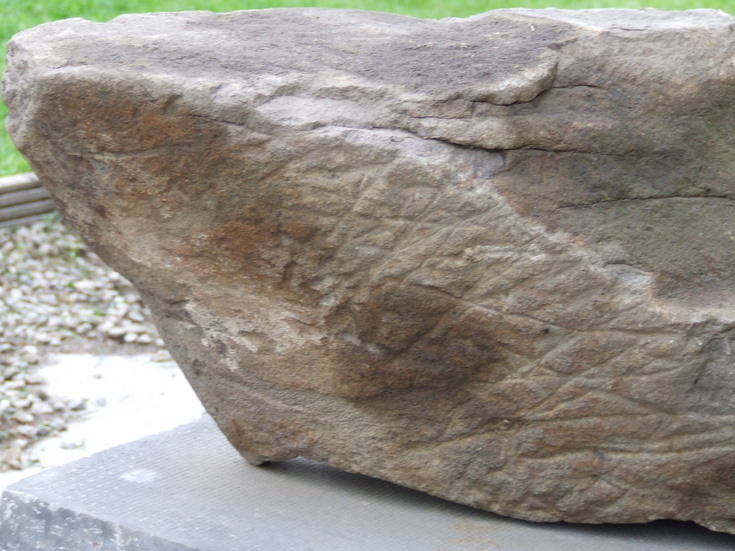 This stone had been reused within a byre and was discovered during its conversion and renovation. It resembles similarly marked stones at stone circles at Ardlair and at East Aquhorthies. Was it once in a stone circle nearby, long since destroyed?
Picture added on 12 September 2008
This picture is in the following groups
Prehistoric stones and stone circles