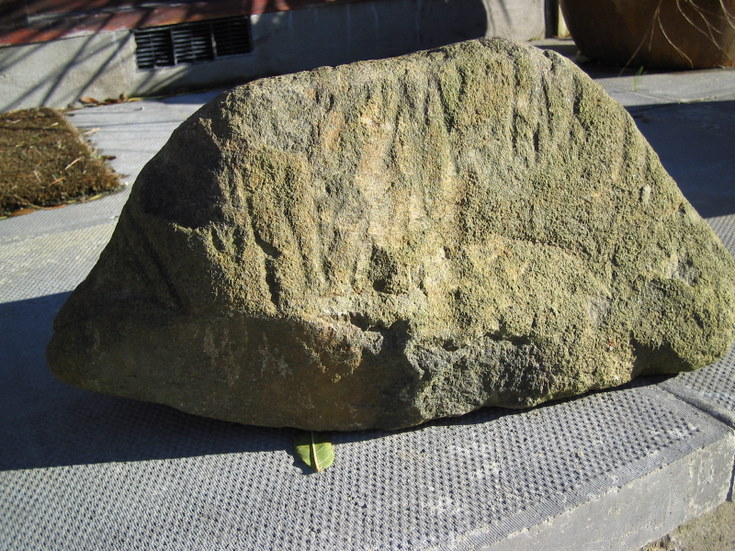 Look carefully......can you see what appears to have been carved into this piece of diorite? Incidentally, most of the other oddly incised stones happen to be pieces of diorite. Have you seen it yet? .......Well, admittedly it is much clearer in real life than in a photograph.....it would appear to be a fish or dolphin (head to left, tail to right, V markings along the body).....intriguing!
Picture added on 13 September 2008
This picture is in the following groups
Prehistoric stones and stone circles