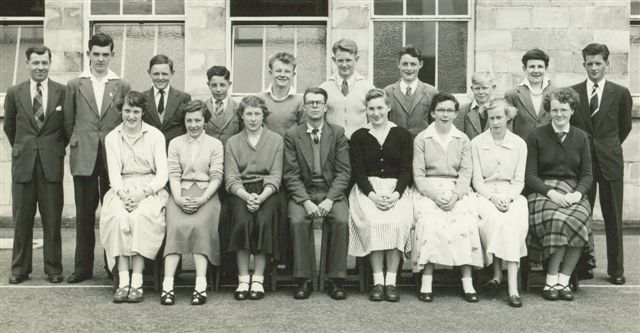 Forbes writes: "This photograph shows my old class, Secondary 3, taken in the school's back playground in 1957 just before we broke up and moved on to higher places.