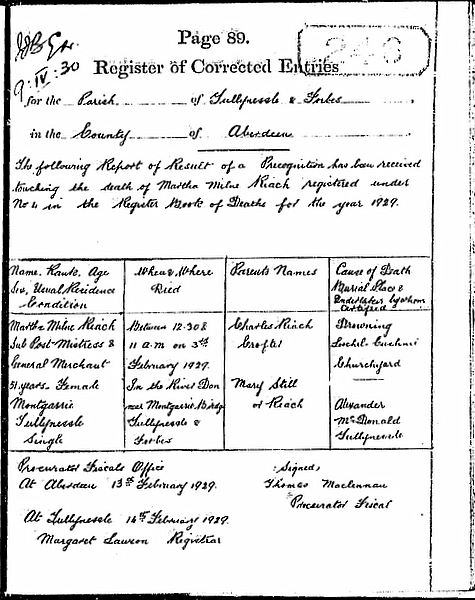 According to the Register of Corrected Entries somewhere between 12.30 am and 11.00 am on 3 February 1929 in the River Don near Montgarrie Bridge, Tullynessle and Forbes, Martha Milne Riach, single, and daughter of Charles Riach and Mary Still, died from drowning. She was aged 51 and the sub postmistress and general merchant at Montgarrie. Martha was buried in Leochel Cushnie churchyard. The death was reported to the procurator fiscal in Aberdeen who reported on it on 13 February that year.