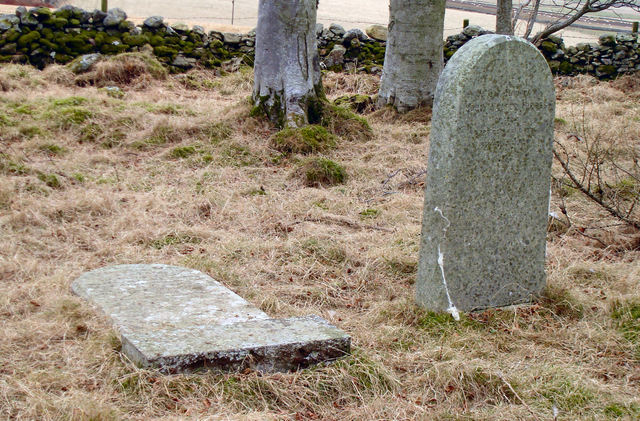 Having made his discovery of the ruins, Fatjock then set about trying to find reference to them in literature and came across this account in the New Statistical Account which he believes is a description of what he found:

"Ancient Chapels,— It is stated in the "View of the Diocese of
Aberdeen" that there was formerly a chapel at Lenturk. There
is now no trace of the building; but there is a spot still known as
the "chapel croft," a little way south-east from the site of the
castle. A small bit of ground, on the farm of Corbanchory, still
untouched by the plough, and called the "Chapel Yard," was
no doubt attached to another place of worship. The ruins of a
third, named "Terry Chapel," on the farm of Newton of Corse,
are still distinguishable; and the good taste and feeling of Sir
John Forbes, the proprietor, have led him to enclose and plant
the spot."
Picture added on 21 March 2009
This picture is in the following groups
An Interesting Discovery at Newton of Corse

An Interesting Discovery at Newton of Corse