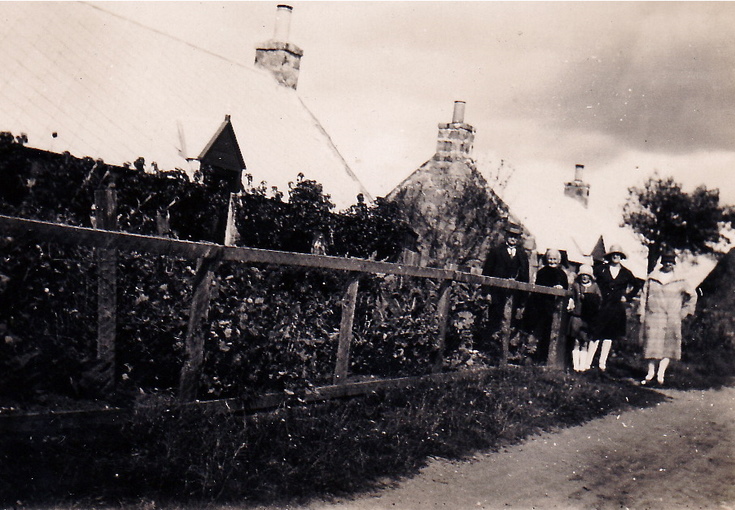 Well the when just has to be somewhen in the 1920s judging by those fashions, but can anyone pin this photograph down more precisely? Thought to be New Deer? Again see New Deer Project under "Groups" for further details. I think that the cottage is the same one as shown in the photograph looking straight into the path and front door...it has the same roof covering, front fence and hedge.
Picture added on 25 August 2008
This picture is in the following groups
New Deer Investigations