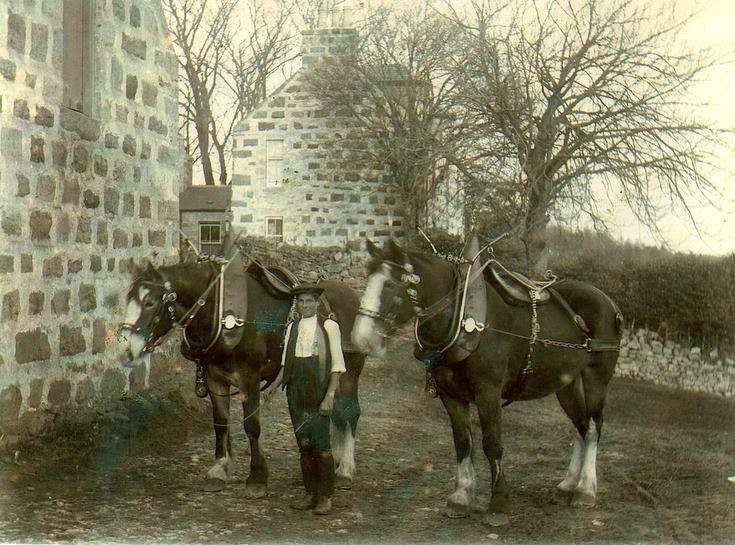 "a photo of Robert Dunn whose family farmed in the Alford District for many generations. This photo was taken at their farm, West Eninteer, in the early part of the last century, before he emigrated to Canada."

See also photographs 876 and 877.
Picture added on 10 March 2009
This picture is in the following groups
West Eninteer, the story of a farmstead.

West Eninteer, the story of a farmstead.