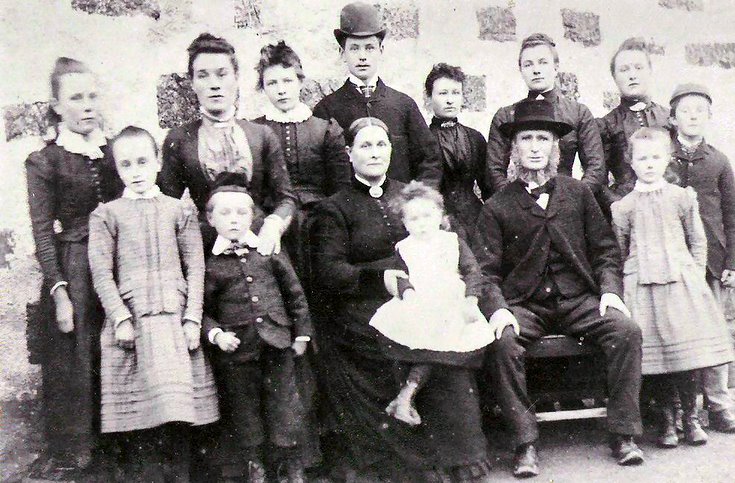 Family group photograph of James Riach, his wife, Mary Lawson, and their children.

Picture added on 20 March 2009
Comments:
I have been researching the riach family and have traced my father back to James Riach's younger brother George.Ive just spent the weekend in the area and came across James and Mary's grave at the church. Do you have any Info on George and James father and mother James and Martha many thanks Neil
Added by Neil Riach on 19 July 2011
I've just noticed your post Neil. I don't know how I missed it. I've got a lot on the Riachs. I've emailed you.
Added by Fatjock on 17 April 2012
Neil do you know Molly Gerrie in Banchory? She has connections. She arranged head stone restoration .
Added by Bill lawson on 21 April 2012
Hi Bill sadly I do not know Molly. What head stone restoration work did she get done? How would I contact her?
Added by Neil Riach on 23 April 2012
You can get Molly through me, Neil. I've told her about you already.
Added by Fatjock on 23 April 2012
At Lochiel Cushnie kirkyard over near boundary , James & Mary, Molly. Not on Internet. Have to ring or write.
Added by Bill lawson on 24 April 2012
I remember thinking at the time of looking at the gravestones of James and Mary, somebody must still look after them! Now I know Many Thanks Lads.